Did you see the irony here? Few of you landed here from a social media post only.

Never mind, nobody cares where you came from, it’s important to know where you are.

So, a month ago I went on a social media detox where I gave up the ultimate time-wasting cocktail of my life which had ingredients like – Facebook, Instagram, Snapchat, Twitter. I thought it would be a difficult thing to do. And man was I right?

Yeah, sure initially my fingers naturally went where the Instagram app was but I replaced it with a news app so every time I opened it instinctively I improved my GK. lol.

I started to give less shit about what people were having for their brunch, where they’re partying, whose wedding they’re at or which celeb is getting married. I’m not saying I never did that but I started to care less about it.

The first week was a bit of a struggle where I didn’t know what to do if not spend time on social media. But in the following weeks, I started to look for better things to do. When I started this I had two major things in my life, my post graduation and Spanish. So I thought why not be productive?

If you’ll look closely (or even from far, far away), you’ll find benefits of the detox.

When, without any thought, you start to jump from one app to another at 8 in the morning looking for interesting stuff about other’s life and memes, that’s when you should be a little worried.

By the end of the first week only, you start to think about things you were not giving a fuck about earlier and start to look for something better to do. Don’t think too much. Do it. Be it any fitness routine that you want to start, anything you want to learn or basic things like organizing your stuff. Point is, you start organizing your thoughts, your life, your relations, your routine and of course, yourself.

2. You check your phone a little less, obviously

I want you to check your mobile’s app usage. You might end up noticing that your most time is spent on social media apps. But, when you start to blend into the routine without social media, you obviously check your phone less because there are few nagging and nudging push notifications which make you pick your phone up more and focus on other things. I don’t have a Facebook app on my phone from the past 4-5 months. Whenever I want to use, I use it through my laptop or mobile’s browser.

But the most annoying push notification that Facebook can send you is “This person added a new photo”. As if we were already not getting enough useless notifications. Thanks, Facebook. 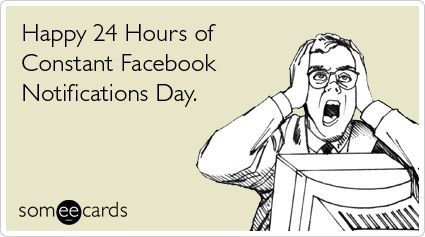 But the basic thing you can do it turn off the notifications of the apps that you don’t use much. Like Zomato, BookMyShow or Myntra which sends constant push notifications to increase the time spent on the app by the user.

This one’s a biggie! Well, believe it or not, giving up social media can actually improve your concentration power. You usually don’t give much thought when your mobile buzzes, you open it and check what-in-the-world-is-up! Personally, I saw an increase in my Spanish grades, such grades that I never got before and I would say it was only because of the way I was able to study without being distracted at all. 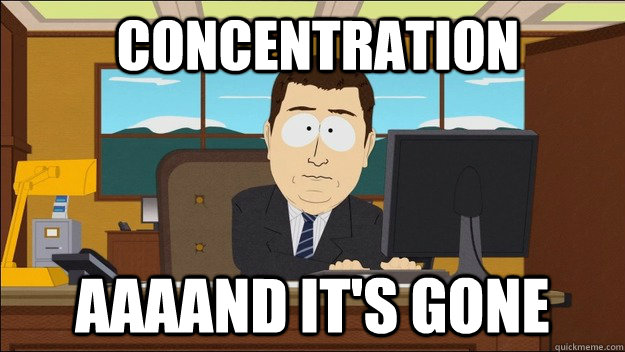 Whenever you’d go out, you’d be able to enjoy the moment with your friends and family and yourself rather than capturing everything for the perfect Instagram and Snapchat story. You’ll come back home happy knowing that you were present at the moment in all your senses and not through your mobile’s lens.

Our craving to make our every micro event to make it to social media has become a necessity. We’re driven by likes, comments, and replies. But one thing I can say is if you’ll go on a detox, you’d start to care less about all these. It’s nothing but the continuous need of dopamine that we upload every other thing on social media. There needs to a fine line between sharing your special moment and literally spamming your Insta stories with 20-30 pictures and videos. But the people who don’t know, you can upload 100 Insta stories in 24 hours. (Thanks but no thanks)

It’s not like you should just quit social media but use it in a more controlled manner. Like, what I’ll be doing is not spending more than 15 minutes on social media. Limiting your time will definitely help you. Yes, my detox period is over and I’ll be back on all these platforms but one thing I’ve experienced is that if you think you’ll be disconnected from the world, you’re wrong. If you have real friends, you’ll know what’s going on in their life and the rest of them are all acquaintances about whom even if you don’t know anything, you’ll be fine. And if you want to stay well informed then I’m sure you can check the NEWS.

I would wrap it up by saying, it’s not for everyone. I know people who can’t give up social media. It’s a part of their life, without it they feel lonely.  Firstly, you’ll have to have a realization that yes, you’re spending more time than normal. There needs to an objective behind the detox. Even if your excessive usage doesn’t make you feel like its excessive, then my friend, you’re perfectly fine. (obviously, you’re not).

And secondly, if you make up your mind to get into it, then be honest with yourself and don’t cheat on yourself just by peeking a little into it.

More power to you, reader!

You can get back to your scrolling.